How much does a torque converter seal replacement cost?

The automatic transmission is a staple of the automotive industry as more and more manufacturers move away from the once popular manual transmission.

One of the main components that allows the automatic transmission to operate is the torque converter.

This is a fluid-filled component that directs the transmission fluid according to the drive conditions and allows the vehicle to come to a stop without stalling.

It is connected to the ring gear of the engine and attaches to the input shaft of the automatic transmission. This connection is sealed via the torque converter seal.

This seal prevents the automatic transmission fluid from leaking out of the join between the input shaft and torque converter and also prevents any dirt and debris entering the sensitive internals of the transmission.

This can be an expensive repair as the only way to access the torque converter seal is to remove the transmission from the vehicle.

Pricing can start from $500 and reach $1000 and higher, depending on how labour intensive the transmission removal is.

What is a torque converter seal?

The torque converter seal is of a similar design to many other seals fitted to your vehicle.

It utilises a solid outer ring, usually made from alloy, and a rubber inner ring which is fitted with a thin spring to hold tension on the seal. 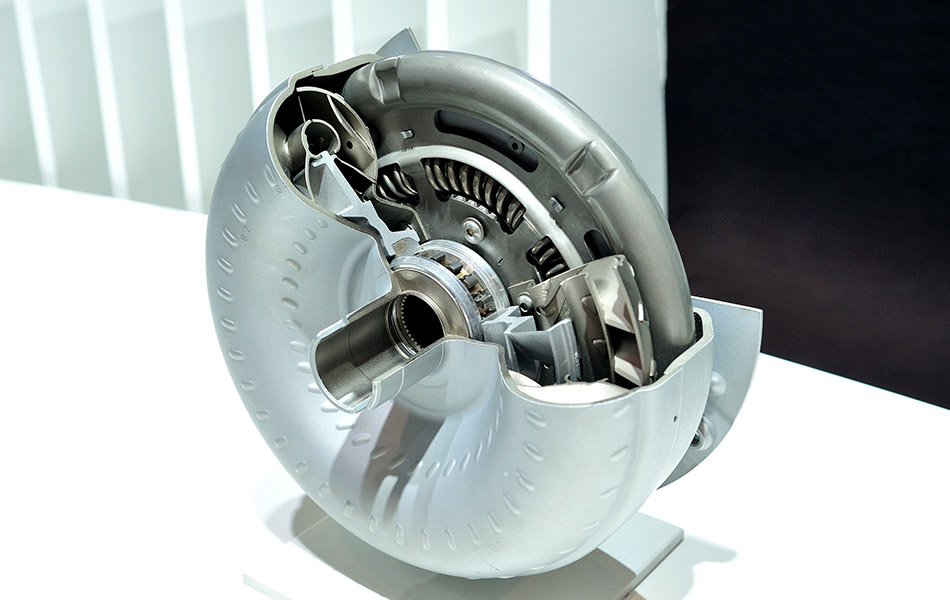 How is the torque converter seal replaced?

How important is replacing the torque converter seal?

Having a transmission leak on your vehicle may increase the wear and tear on the internals of the transmission, and even potentially lead to complete transmission failure, all because of a leaking seal.

Replacing the torque converter seal as soon as it’s noticed to be leaking may shock you with the pricing, but it is far cheaper than having to replace the complete transmission assembly when it fails.