What is rust repair

Rust is one of the dreaded problems that face owners of older vehicles, or vehicles that are driven in salty conditions. Often occurring in areas that trap moisture, such as behind quarter panels and underneath windscreens, the visible signs of rust include bubbling paint and brown flaking metal.

Fortunately, these areas can be repaired at a specialty panel shop or restoration centre. This is known as rust repair, and usually involves removing paint and trims from the affected area and replacing the metal that has rotted away, before repainting the area to return it to factory specification.

How to tell if you need rust repair or removal?

Rust can appear in many different forms. The main sign that rust is forming is bubbling paint. This is caused by moisture underneath the metal panel that cannot escape, which causes the metal to fatigue and start to form rust. Stone chips that are down to the metal underneath the paint can also cause small rust spots to appear on the surface of the vehicle.

If you can visibly see rust on your vehicle, it’s time to have it looked at by a professional and rust repairs quoted up. In some cases, if the rust has taken hold or is extensive, it may not be economical to repair the vehicle, and replacement the better option.

How important is it to repair or remove rust?

It is imperative to have rust repairs carried out as soon as rust is noticed. Visible rust can mean it has taken hold in out of sight parts of your vehicle and may be worse than just the part you can see. Rust can also affect the structural integrity of your vehicle, meaning that it may not protect you in the event of an accident. 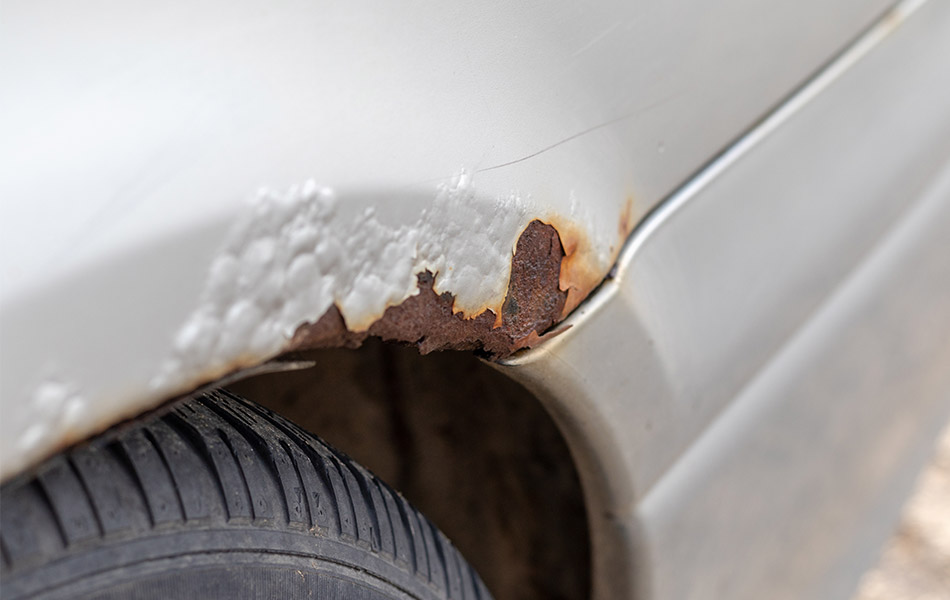 How is rust repaired or removed?

How rust is repaired depends on the location of the rust, and how badly the metal has succumbed to rust. In the case of surface rust underneath a vehicle, this may be cleaned off with a wire wheel or brush and rust converter applied to cancel out the oxidisation, preventing more rust from forming.

How much does a rust repair cost?

Rust repairs can be tricky to cost up - surface rust repairs can often be a few hundred dollars, whereas full rust removal, including replacing corroded metal and repainting can lead into the thousands of dollars. This is when it may become financially uneconomical to repair, and replacing the vehicle is the better option.

Where can you get rust repaired?

Panel repair shops, smash repairers or vehicle restoration businesses are the go-to places to have rust repaired. Unfortunately, rust repairs are quite involved, so mobile repairs are not available.