How much does a oil pan/sump gasket replacement cost?

You change your car’s engine oil routinely, keeping it clean and fresh inside your engine.

There’s a drain plug on your oil pan, also known as your engine sump, to let the oil out before you add new engine oil.

The oil pan bolts to the bottom side of your engine from where it’s pumped throughout the engine. Over time, it’s possible for oil to escape from somewhere other than the drain plug: the oil pan gasket.

This gasket can deteriorate over years or thousands of kilometres, or due to loose oil pan bolts or a faulty gasket.

This leads to oil spots on your driveway, and low crankcase oil levels. Simply tightening the oil pan bolts might slow the leak, but once it has started, the only true repair is an oil pan or sump gasket replacement.

What is an oil pan or sump gasket?

The engine oil pan gasket is a paper, metal, or silicone-like material known as RTV that keeps the engine oil sealed on the inside.

The oil pan gasket itself is normally a very small part of the repair cost, while labour is the largest portion of the repair. 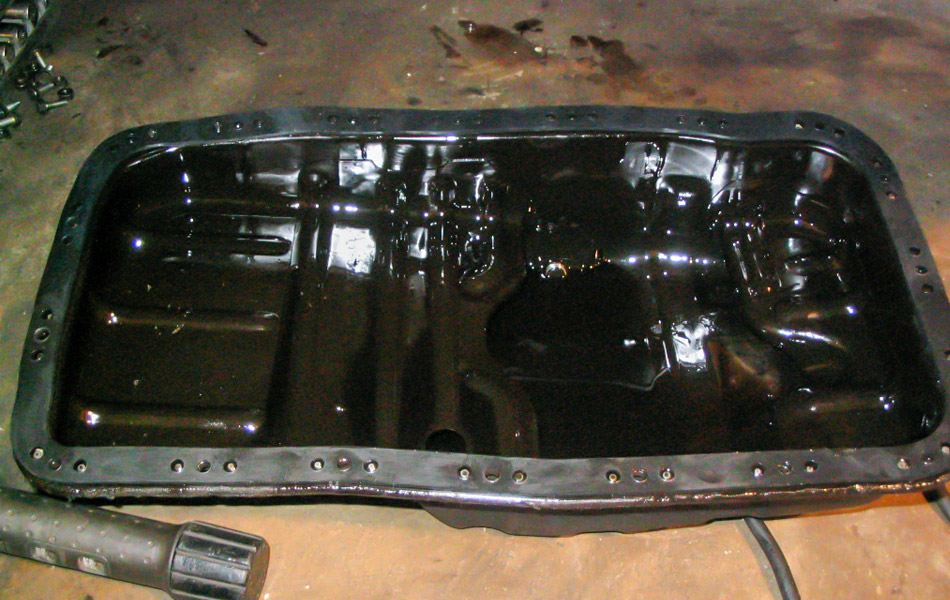 How is the oil pan gasket replacement performed?

Why it’s important to replace your sump gasket

If the engine oil level is low, your engine is at risk of overheating, premature wear, internal corrosion and sludge buildup.

As soon as the oil pan gasket has been deemed faulty, it should be replaced to prevent future engine issues. The cost of a sump gasket replacement is minor compared to an engine repair.