How much does an oil cooler line replacement cost?

Engine oil is the lifeblood of your car’s engine. It performs several roles including lubrication, internal cleaning and corrosion prevention.

Perhaps engine oil’s most important function is to reduce the engine’s heat – the engine oil performs up to 40 percent of your engine’s cooling! It does so with the help of an engine oil cooler, much like the cooling system radiator but for the oiling system.

A supply hose transports oil to the cooler and a return hose sends the cooled oil back to the engine.

Oil cooler lines are commonly made of both metal and rubber, both of which can deteriorate. While there’s no set interval for oil cooler line replacement, it can be necessary at any time after 100,000km or so.

When they need to be replaced, the average cost will be around $100 to $450 and sometimes more, depending on the make and model you drive.

What is an oil cooler line?

Many modern vehicles are equipped with an engine oil cooler, especially models with a supercharger, turbocharger, or larger engine displacement where heat can be an issue.

The oil cooler is connected to the engine sump or block by two oil cooler lines: a supply line and a return line.

Each one is typically made of a rigid metal portion that connects to the engine side and a flexible reinforced rubber section.

The metal and rubber sections of the cooler lines are usually crimped together with a metal fitting, allowing lightly pressurised oil to flow through without leaking. 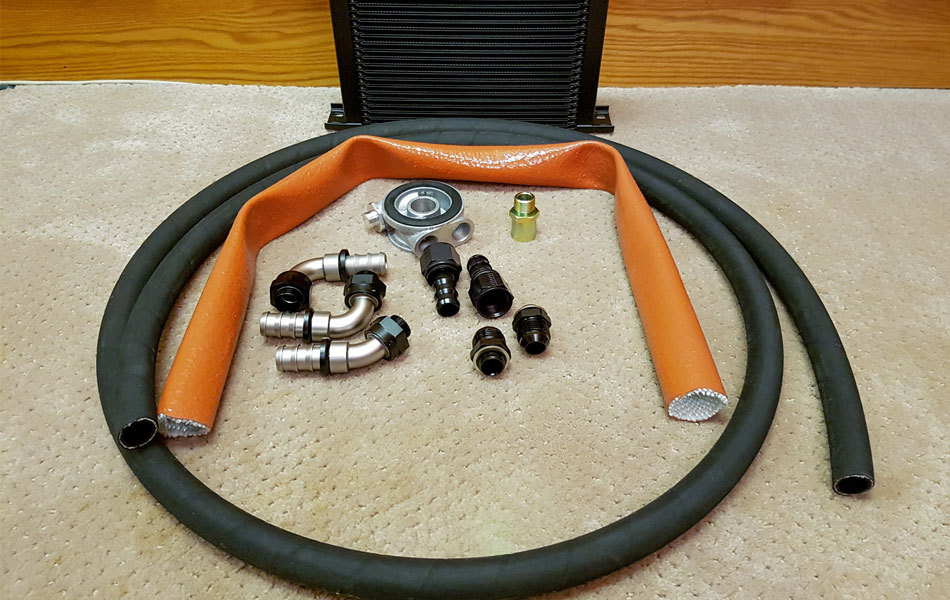 How are oil cooler lines replaced?

A minor leak can be left for a short time, so long as the engine oil level is monitored regularly. It’s not ideal as oil will stain the ground wherever it drips from the leaking oil cooler lines.