When your car has been driving like a dream but suddenly starts driving like a dog, it could be the mass airflow sensor (MAF sensor) or airflow meter. This little device will certainly let you know when it decides not to play ‘happy cars’ anymore.

Symptoms of an unhappy MAF sensor might include the engine light coming on and the engine running so rough that pulling up at the traffic lights is a major embarrassment. Fuel might not last as long either, and pulling into the servo might be a more regular venture.

Whatever the symptom, you’re sure to notice when the MAF sensor fails or is on its way out. And you’ll be looking to renew it quick smart.

What is the mass airflow sensor?

The sensor is an electrical device that plugs into the vehicle and is typically situated between the air filter and engine intake manifold. The MAF sensor measures the air that travels through the air cleaner and into the throttle body. That information is sent to the vehicle’s computer (ECU), which then works to provide the correct air-fuel mixture to the engine to ensure optimal combustion and effective engine management.

The sensor will be either a hot-wire or hot-film type. A constantly heated wire or membrane within the sensor responds to the air flowing over it by cooling down or, as the airflow lessens, warming up. This signals to the ECU how much air is flowing and it responds accordingly.

The air that flows into the engine comes from the exterior of the car. This does mean that various contaminants - such as dust and debris - can enter the sensor. While the air filter is designed to stop these contaminants, some may get through and impact the MAF sensor and over time it can get dirty or simply fail through wear and tear. 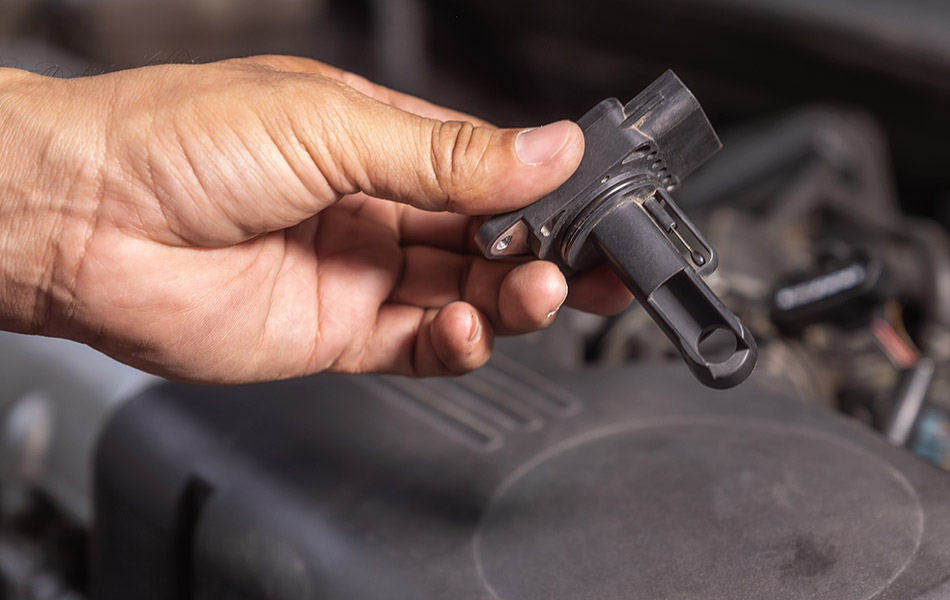 How is the mass airflow sensor replaced

The symptoms of a faulty MAF sensor can be similar to various other issues. Check the sensor is receiving power and a signal before considering having it replaced.

Have the MAF sensor checked and replaced as soon as possible if you are noticing the symptoms. A rough running engine will eventually cause damage and other issues.

How important is replacing the mass airflow sensor?

It is important to ensure an engine is functioning correctly to optimise output and performance, and reduce instances of failure.

The MAF sensor is important in creating the conditions to provide the cleanest and most efficient ignition in the combustion chamber. It is advised to replace the MAF sensor as soon as there is a failure detected.

An awesome AutoGuru mechanic can get that done for you, hassle-free.