How much does a fuse replacement cost?

The electrical system provides power and communication for virtually all of your car’s systems, and fuses protect each circuit from damage.

During normal operation, a fuse will last indefinitely and only requires replacement when there’s a problem with the specific electrical component that it protects.

The cost to have a fuse replaced depends on the style of fuse used in the make and model, and the power requirement.

Most common fuses are only $10 to $20, although some specialty fuses are more than $100 to replace, in addition to diagnostic costs.

Anytime a fuse fails, its circuit should be diagnosed to track down the reason for the fault.

What is a fuse?

A fuse is the most common type of electrical protection component used in automotive applications.

They are typically found in a fuse box under the hood, in your car’s cabin, or both.

As well, some cars may have fuses mounted remotely elsewhere. When a circuit is powered, the current passes through a fuse to the device on the circuit.

Most electrical circuits have at least one fuse to protect it.

A fuse can be one of several designs: a blade-style fuse in regular, mini, and maxi sizes, while older cars may use glass tube-style fuses.

An element in the fuse made of soft metal like zinc, aluminum, or alloys passes the current from one side of the fuse to the other.

If the current is too much for the circuit’s rating, the element melts and power won’t continue to the electrical device. A burnt fuse will always need to be replaced.

Symptoms you require a fuse replacement 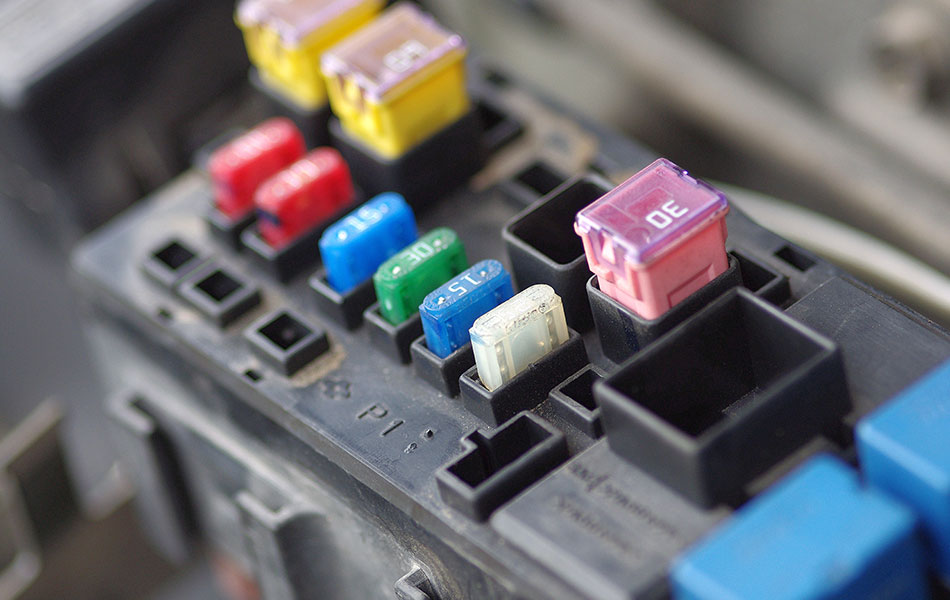 How is a fuse replaced?

How important is fuse replacement?

The importance of replacing a fuse is directly related to the system or component that no longer works.

For the best enjoyment and accurate operation of your car, you should get your electrical systems diagnosed and repaired as soon as possible when a fuse burns out.