How much does a fuel pressure regulator replacement cost?

For most cars, the fuel pressure regulator will perform perfectly throughout the car’s whole life.

However, unexpected issues can pop up that require fuel pressure regulator replacement, but typically on cars with at least 100,000 to 150,000km on the odometer.

The average cost to have your fuel pressure regulator replaced is from $250 to $550, sometimes higher, depending on the make and model you drive.

What is a fuel pressure regulator?

Every car’s fuel system has a fuel pressure regulator which keeps fuel constantly pressurised for your engine.

It’s located nearby the fuel rail, either attached directly to one end or mounted on the firewall a very short distance away.

Even if there are two fuel rails like on a V6 or V8 engine, there’s usually just one fuel pressure regulator to serve both.

The fuel pressure regulator is constructed of a metal housing fitted securely to the fuel rail.

The fuel pressure regulator restricts the flow of fuel exiting through the fuel rail, then releases unused gas into the fuel return line.

The diaphragm in the fuel pressure regulator can become stuck or damaged, either building too much pressure at the fuel line or not enough to keep the engine running well.

The only solution is fuel pressure regulator replacement. 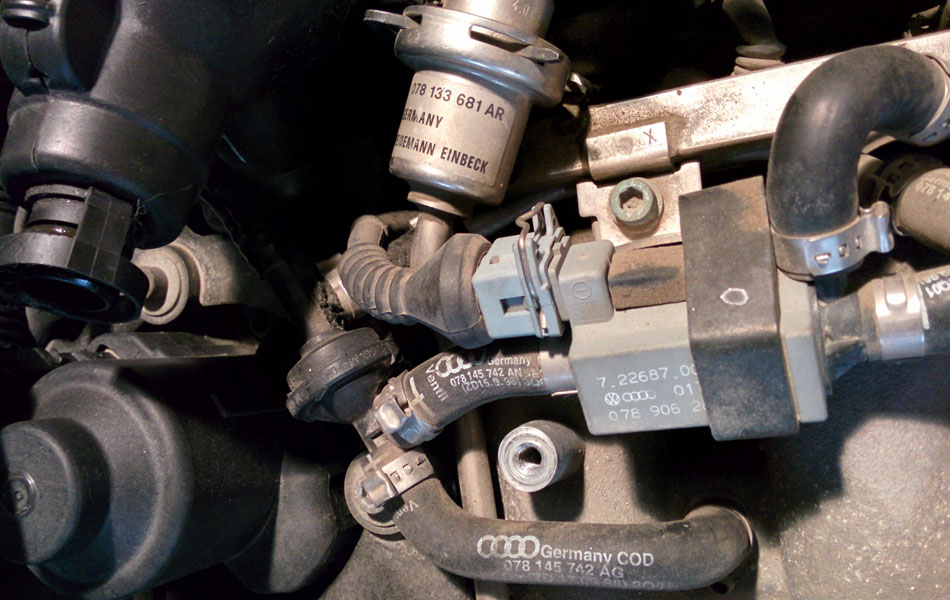 How is the fuel pressure regulator replaced?

A faulty fuel pressure regulator can cause your engine to run rich or lean, both of which can cause expensive problems with extended use.

Replacing your fuel pressure regulator once it’s been deemed a problem will ensure your car is dependable to drive and can prevent costly repairs down the road.