What is an engine rebuild/recondition?

When vehicles get old, haven’t been repaired or serviced regularly, sit idle for a long time or suffer driver negligence then eventually you can expect damage to the engine and other components.

An engine has many interconnected moving parts that need regular maintenance and lubrication. When one part fails it can have a knock-on effect and cause catastrophic damage to the engine or cause a section of the engine to need repair.

When this occurs the engine will generally end up at the scrap heap, get rebuilt/reconditioned or need to be replaced.

An engine rebuild/recondition requires the engine to be removed from the vehicle and completely pulled down from top to bottom. Once pulled apart, the engine parts and block can be inspected to see what damage has been done and which parts need to be replaced and which parts can be reused are identified.

With severe damage, the cylinders may need to be bored, but if there are cracks or holes in the block then it’s a write-off.

On an engine rebuild the gaskets, seals, timing belts or chains will typically be replaced. The piston rings, bearings and select other components will be recommended to be replaced and the big-ticket components like pistons, camshaft and crankshaft will only be replaced if they suffered damage and/or were compromised. The engine rebuilder will make a calculated decision on which parts are able to be reused and which ones need to be replaced. The main objective is a sustained engine life after the rebuild.

How to tell if you need an engine rebuild/recondition

There are a few signs that your car’s engine is on the way out and ready for a rebuild:

How important is it to get an engine rebuild/recondition done?

When an engine dies a decision needs to be made. Do you buy another car, rebuild/recondition the engine or swap the engine over for another one? The outcome is usually determined on your bank account, the value of the car, attachment to the vehicle and how long the vehicle will be off the road.

At the end of the day, you’re not going far with a damaged engine and if you don’t have the option of buying another car or have the money for a new engine then a rebuild/recondition is on the cards. 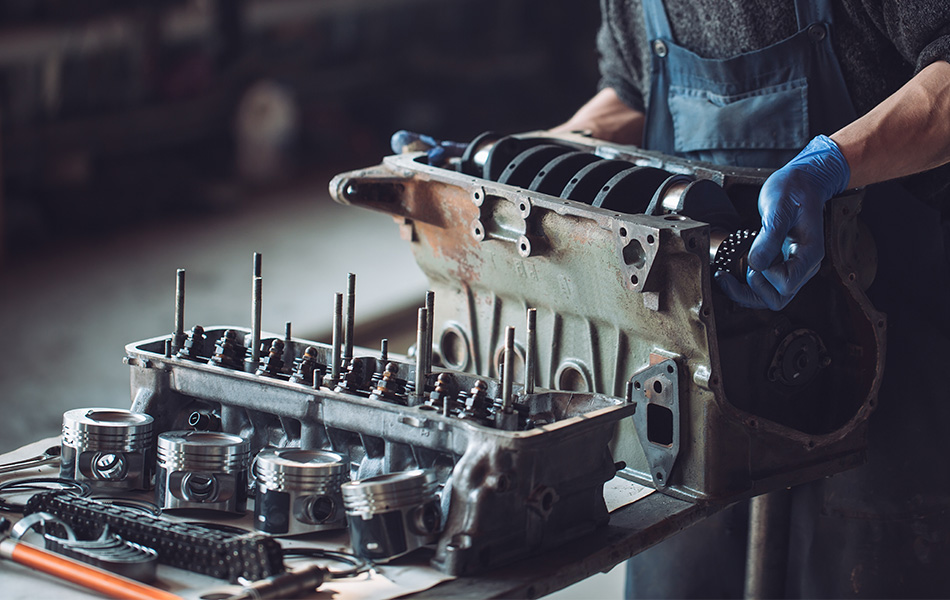 How is an engine rebuild/recondition carried out?

How much does an engine rebuild/recondition cost?

An engine rebuild/recondition is usually a less expensive option to buying a replacement engine, however, there is still a lot of labour involved. It’s not just replacing the faulty parts, you need to factor in the time it takes a mechanic to remove the engine, pull it apart, fix any issues, put it back together, get it back in the car, refit all the components and make sure it’s running at its best.

There can be large variants in pricing due to different makes and models, but prepare yourself for a few thousand at least. Normally it’s not possible to provide a fixed quote for an engine rebuild/recondition, as the mechanic doesn’t know which parts need replacing until they have pulled the engine apart.

You might be able to source an already rebuilt engine that can be fitted straight after the old engine is removed. This is usually the better alternative because you will have a clearer idea of costs and can get back on the road sooner.

Don’t forget, if your engine has completely died you will need to arrange a tow to the workshop, find a local towing specialist here.

Where can you get an engine rebuild/recondition?

This isn’t something you want to tackle at home. Only a professional mechanic with experience in replacing engines and rebuilding them should carry out this job.

AutoGuru is a great place to compare and book engine builders and engine reconditioners near you.