The exhaust gas recirculation (EGR) valve recirculates a portion of the exhaust gas that would normally go through your exhaust system and mixes it in with the fresh air inside the intake manifold. These gases are then burned off as they pass back through the combustion process.

Reducing the volume of emissions going through an exhaust system lengthens the life of a catalytic converter and helps the environment, and most modern vehicles have either an external or internal EGR valve.

An EGR valve can fail when it loses vacuum, the diaphragm is perforated, it is full of gunk, or the valve gets stuck open. When this happens the EGR valve will need to be replaced. With electric EGR valves, there could be an issue with the wiring.

When the EGR valve fails, the check engine warning light will usually illuminate on the dash and the vehicle may run rough. The engine may run lean or rich, depending on why the valve has failed.

Parts pricing varies widely - it really does depend on the vehicle make and model - and to replace an EGR valve can cost between $100 to $1000. Some EGR valves can be priced at over $1000, and that’s just for the unit, not including fitment.

What is an EGR valve?

The EGR valve is a vacuum or electric-controlled unit that is bolted onto the engine.

Exhaust gases travel through pipes entering one port of the EGR and then exit out another port into the intake manifold.

On an internal EGR, various methods are used to recirculate the gases to be part of the combustion process. 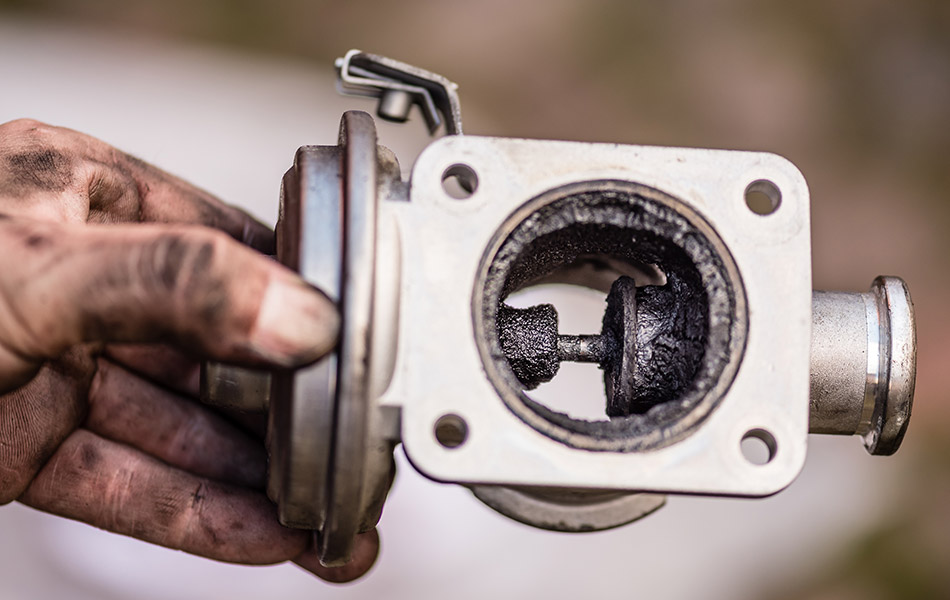 How is the EGR replaced

You may want to consider periodic carbon cleaning of the EGR valve. If cleaning is not an option, it will need to be replaced.

How important is replacing the EGR valve?

If you continue to drive with a faulty EGR valve the engine will probably be running lean, or rich, as the air-fuel mixture will not be correct.

This can lead to permanent engine damage if left for too long. Best to get it replaced as soon as possible to avoid further complications and expense.

If your looking for a top mechanic to replace your EGR valve book the best through AutoGuru.