How Much Does A Head Gasket Inspection Cost?

The head gasket is a vital component that is located at the very heart of an internal combustion engine.

It sits between the cylinder head and the engine block –which house the pistons, cylinders and other crucial elements critical to the engine’s performance – and is designed to prevent any leaks in or out of the cylinder head or block, sealing off the combustion chamber as well as coolant and oil passages.

And it is built to last.

Manufacturers know the extremes of temperature and pressure to which it is exposed and build it accordingly, with the result that a head gasket should last many years and take you up to 200,000km or more before requiring replacement.

How Does A Head Gasket Work?

Most modern head gaskets are manufactured using stamped steel coated with polymers that are resistant to heat and corrosion.

The gasket is designed to have a bit of ‘give’ when squeezed between the cylinder and block when they are bolted together.

This helps form an even greater seal.

A gasket’s sole job is to prevent leaks. When it is damaged and leaks occur then problems arise.

This is particularly worrisome in the case of a head gasket, given its proximity to the parts of the engine where the most heat and pressure is created.

In fact, a leak here can lead to catastrophic engine failure.

Signs and symptoms of a damaged head gasket include: 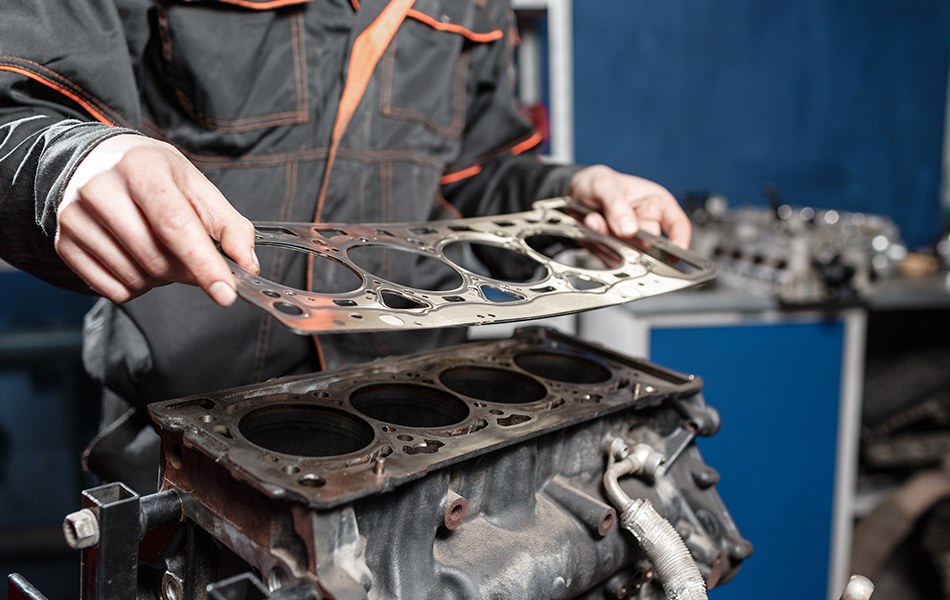 How Is The Head Gasket Inspection Performed?

A technician can run a series of tests that will confirm whether or not your vehicle’s head gasket has failed.

These may include pressure testing the cooling system and chemically testing the engine’s coolant for exhaust gas contamination.

Why Is It Important To Have Your Head Gasket Inspected?

A blown head gasket is a major problem and can lead to catastrophic engine failure.

The damage can be different depending on where the gasket fails but, ultimately, it can lead to warped and damaged pistons, valves and other components and the complete failure of the engine.

Caught in time, the damaged head gasket can be replaced.

The average price of replacement starts at around $1200, but that can increase substantially to $3000 and more depending on any other damage and other work required.

As with any engine part, the health of the head gasket can be affected by the health of other vehicle components, and it is only through regular maintenance and servicing of your car that all components get the best chance of seeing out their intended lifespan.