Is It Important To Maintain The Air Conditioning System?

On a roasting hot Australian day, there is surely no worse scenario than to find yourself sitting in a car, in rush-hour traffic, with a bead of sweat running down the back of your neck while you curse at an air-conditioning (A/C) system that is blowing what feels like hot air from the vents.

While this blowing of hot air might be perfect on a cold winter evening (or indeed be a required skill if you’re entering politics), at the height of summer, an A/C system that isn’t working as it should can be dangerous.

On warm days, the temperature inside a car can spike to perilous levels very quickly and a working A/C system is as much about safety as it is about being comfortable.

How Does The Air Conditioning System Work?

The A/C system consists of a series of components that work together to move refrigerant through the system.

It is this refrigerant that, ultimately, creates the cold air that flows into the vehicle’s passenger cabin.

The closed, pressurised, route of the refrigerant begins with it being ‘squeezed’ by a compressor.

This resultant high-pressure gas flows to the condenser where it is cooled, returning to liquid refrigerant form.

An expansion valve then reduces the pressure of the refrigerant and drops its temperature even further.

The next step is for the refrigerant to be pumped to the evaporator – a radiator-like component located near the passenger cabin behind the instrument panel.

The refrigerant flowing through the evaporator is now deeply chilled and able to absorb the heat from the surrounding air.

It is this cooled air that is then blown through the A/C vents into the vehicle cabin.

The refrigerant, having absorbed the heat from the air, is now warm enough to have returned to a gaseous state.

It is moved back to the compressor and the process starts again.

Common Reasons For The Air Conditioning To Not Be Cold

The condenser, like the evaporator, is a heat exchanger.

It can be found at the front of the car, often in front of the radiator, and the refrigerant inside is cooled by airflow created by the moving car and a condenser fan.

Due to their location, the condenser or the fan can be damaged by debris.

Debris can also block the passages of the condenser, drastically reducing its ability to cool the refrigerant.

The compressor is the mechanical pump at the heart of the A/C system that also pressurises the refrigerant.

In many cars, the compressor is run by the drive belt (which is also used to drive other components such as the alternator) and an electromagnetic clutch that allows for it (and the A/C as a whole) to be turned off when the engine is running.

A damaged or worn compressor will cause the A/C system to fail.

An obvious culprit to failing A/C is a lack of refrigerant.

This will most likely be caused by a leak somewhere in the system.

Worn and cracked hoses, loose fittings or a damaged condenser can all be the cause of a refrigerant leak.

The A/C system is operated electronically, and electrical fault issues can range from something as simple as a loose connection or a faulty temperature sensor to wiring problems.

Whatever the electrical fault, it’ll need professional attention for a proper diagnosis and repair. 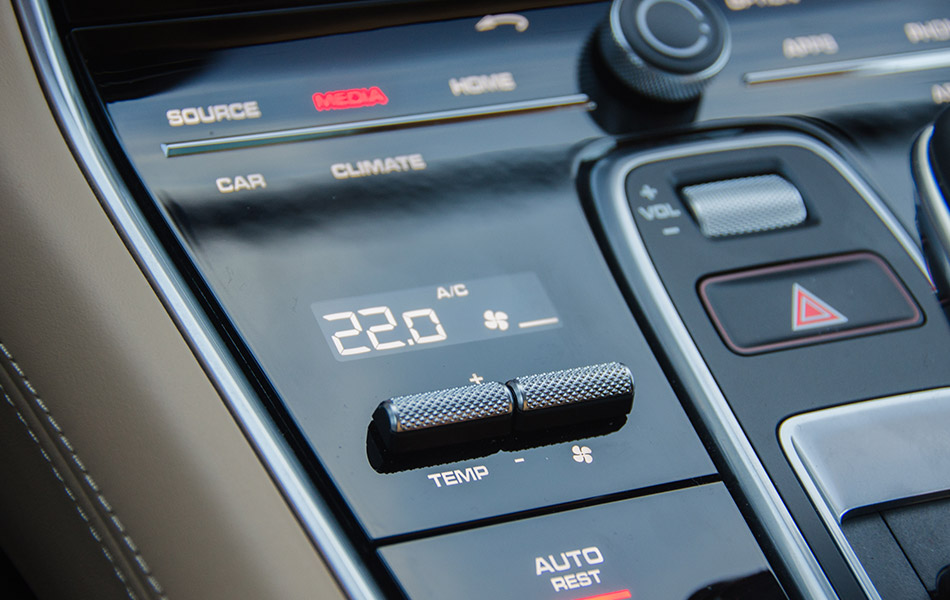 How Is The Inspection Performed?

A suitably qualified mechanic or auto electrician can determine the cause of the A/C system failure.

Likely course of action will include a visual inspection and check of all components to locate leaks, excessive wear or other damage.

A refrigeration leak detection test using a dye may be performed.

Lines, seals and fittings will also be checked.

The diagnosis may result in something as simple as a re-gas of the system – a job that might cost as little as $100.

A serious problem that involves the repair or replacement of components will be considerably more expensive, rising to as much as $1500 or more.

How Important Is The Inspection?

Apart from the obvious benefit of being able to keep the interior of the car cool, A/C is also used to de-fog your windscreen.

This happens when humid air inside the cabin comes into contact with a cold windscreen, causing light condensation on the glass.

The A/C dries the air, removing moisture, which leads, relatively swiftly, to a clear windscreen.

Keeping the A/C working and performing at its best will ensure a comfortable and safe driving experience, and you can engage a suitably qualified mechanic to inspect and, if needed, repair and re-gas your A/C system, through AutoGuru.