If you have ever looked into an engine bay you may have noticed a circular device, usually made of metal and rubber, at the front of the engine. This is the harmonic balancer.

Your vehicle’s harmonic balancer keeps the engine running smoothly and reduce harmonic vibrations. If it fails you might notice a small noise or, at worst, cause serious damage to the engine.

Hopefully, it won’t come to the latter but if you notice any symptoms that point to the harmonic balancer failing then have an AutoGuru professional mechanic check things out and get the balancer replaced as soon as possible.

The cost to replace the harmonic balancer could be around $100 to $500 depending on your vehicle type.

What is a harmonic balancer?

A harmonic balancer is an external engine part connected to the end of the crankshaft, located at the front of the engine. Its job is to reduce vibration in your engine. In a majority of vehicles, it is also used as a pulley for drive belts which power other accessories on the engine, such as the alternator, power steering and air conditioning.

When an engine cylinder fires, there is force applied to the piston. The piston transfers that force onto the crankshaft and as this happens it can generate a rotate and return motion through the crankshaft. This is where the harmonic balancer comes into play.

The harmonic balancer creates a dampening effect for the crankshaft by absorbing harmonic engine vibration and provides an external counterweight to the rotating shaft. 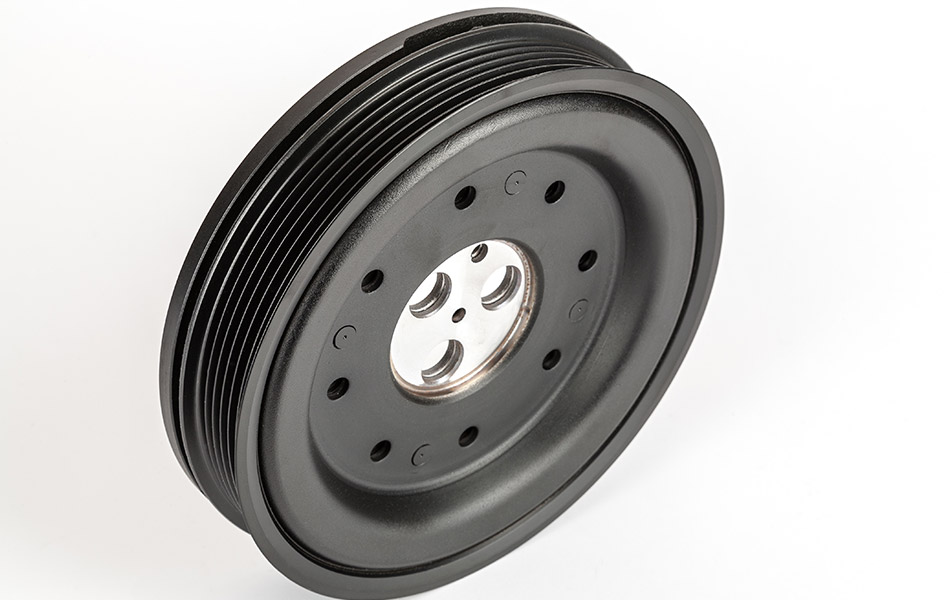 How is a harmonic balancer replaced

If prying the harmonic balancer off, make sure not to damage other parts of the engine such as plastic timing belt covers. Ideally, you should be using a specially designed harmonic balancer puller tool to remove the component.

If you suspect your harmonic balancer is faulty have it inspected by an awesome AutoGuru mechanic as soon as possible.

How important is replacing a harmonic balancer?

If you don’t replace the harmonic balancer it can cause some significant damage to the engine and even lead to engine failure.

It is an item you don’t want to leave unfixed for too long as the outcome can get quite expensive and definitely be inconvenient.