What is a handbrake?

Whether you call it a park brake, emergency brake or handbrake, it doesn’t really matter - they all have just one function and that is to mechanically stop your vehicle from moving forward or backwards.

Some of the more adventurous of us may say they have used the handbrake whilst the vehicle is still moving, usually sideways, but that could be one reason why they need to replace their handbrake cables.

If you’ve had to park on a hill or do a hill start in a manual, you would be thankful for the handbrake operating effectively.

If it’s not aiding you at those crucial times you may need to replace your handbrake cable.

Some of these will have an electric motor that operates the cable or a hydraulic/electric system which engages the brake calipers.

There will be a switch or button in the dash or near the steering column to activate the park brake.

There’s no set service life on a handbrake cable.

It can rust, break or stretch over time.

If you need someone to replace the handbrake cable, costs will vary but be prepared to pay from around $113 to $370 depending on your vehicle.

If your vehicle is fitted with electronic parking brakes and the cable needs replacement you could be looking at over $1,000 to get this fixed.

Unfortunately, modern technology can also come with a hefty price to fix, if it does fail.

What is a handbrake cable?

The handbrake sits inside the cabin and is a driver-assisted lever which is manually raised, with resistance, and lowered again, whilst pushing a release button at the tip of the lever.

This action engages and releases the rear brakes.

However, not all vehicles are the same.

There are some vehicles that have a handbrake engagement lever on the floor next to the pedals and a release near the steering column.

Many modern vehicles will have a switch or button to activate the electronic parking brakes.

The handbrake cable is attached to the manually operated lever or electric motor.

When the handbrake is activated, the task of the cable is to engage the brake shoes or discs.

If you have rear brake drums on your vehicle, the cable runs directly to the brake shoes and is attached to a lever on the brakes.

If you have rear disc brakes on your vehicle, the cable still attaches to a brake lever but it’s attached to a screw system on the caliper that creates force against a piston, which is usually hydraulically activated.

Symptoms you need to replace a handbrake cable 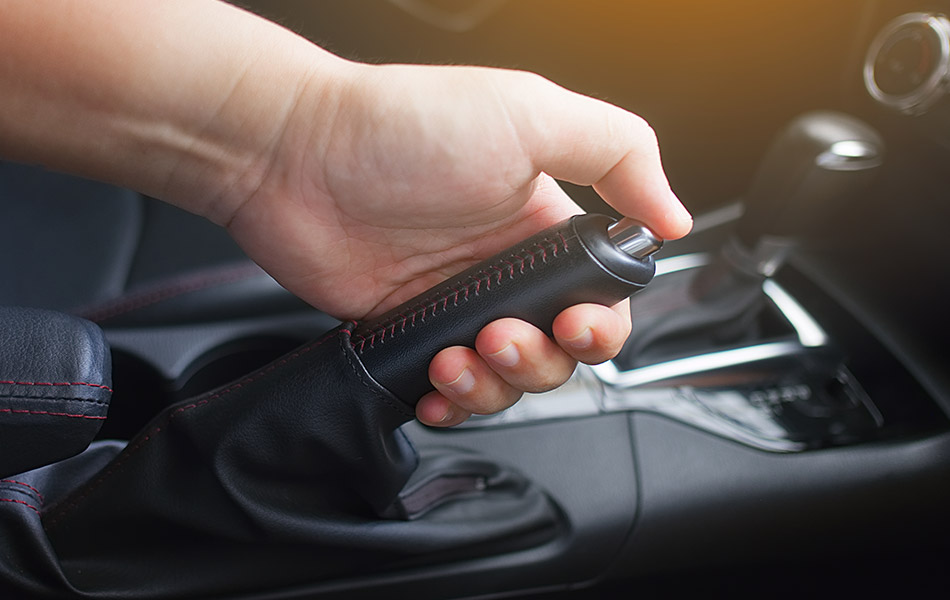 How do you replace a handbrake cable?

How important is it to replace a handbrake cable?

There’s an increased chance of an accident if your handbrake isn’t working properly - you could easily roll into a vehicle in front or behind you if you’re not careful.

There’s also the chance that on returning to the spot where you parked your car, you find it missing and only discover it sometime later resting in someone’s yard at the bottom of a hill!

We rely on the handbrake cable a great deal and is a valuable component in making your car safer. It is well worth keeping maintained at its optimal best in case of an emergency.