How much does a fuel hose replacement cost?

In order for your engine to run, the fuel in your tank needs to make its way to the engine. Fuel hoses are used as the delivery route for your engine’s fuel.

During everyday use, the fuel hoses slowly deteriorate and become brittle and may eventually need to be replaced if cracks develop.

If you need fuel hose replacement, the average cost can vary a lot depending on the make and model, anywhere from $120 to $500 or even more.

What is a fuel hose?

Your car’s fuel pump sends fuel from your tank to your engine through a supply fuel hose, and excess fuel flows back to the tank in a return fuel hose.

These fuel hoses run along the undercarriage of your car from the tank to the engine compartment.

Whenever the engine is running, a constant supply of fuel is circulating through the fuel hoses.

Fuel hoses are commonly made of nylon- or Kevlar-reinforced rubber hose and lined inside by a permeable-resistant material like Teflon.

The fuel hoses attach to metal fuel lines either with a quick connector or fuel hose clamps.

The hose itself can become brittle with aging or heat, and the internal liner can collapse or degrade, and the fuel hose will need to be replaced. 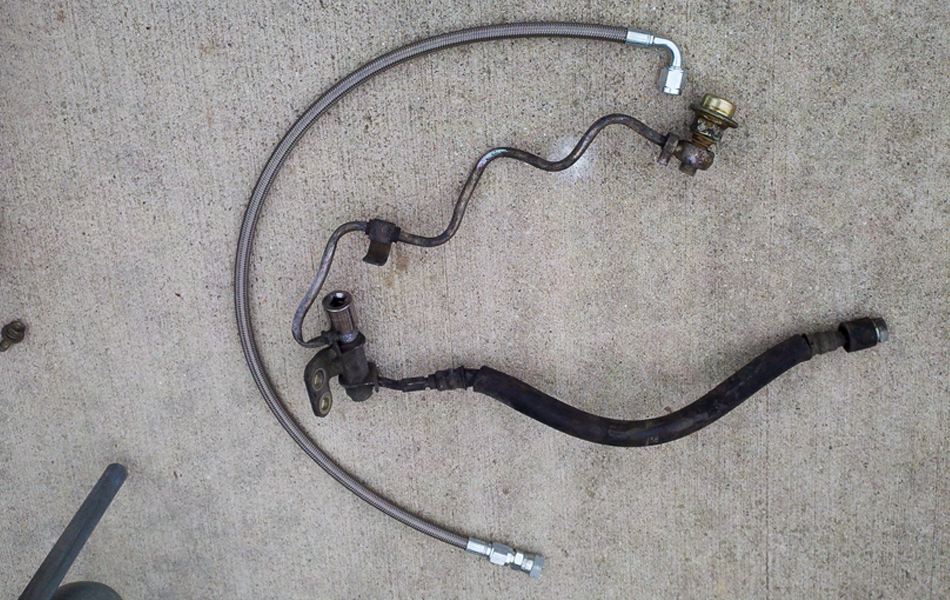 How is fuel hose replacement performed?

How important is replacing your fuel hoses?

It goes without saying that a fuel leak from your car is an extremely dangerous situation; an inherent risk of combustion.

Whether it’s a car fire from a fuel leak or your car stalls because the fuel line has collapsed, it’s a situation that puts yourself and others on the road in danger.

Replacing your fuel hoses when a problem is first discovered is prudent, and it gives you peace of mind whenever you’re driving.